Warm and engaging people, Mike and Heather relocated from New York City to the Beacon House Inn Bed & Breakfast in the Spring of 2013.  Looking for respite from the hectic and harried lifestyle of New York City, Mike and Heather dreamed of running a bed and breakfast one day.  It seemed like a natural fit for them since they both loved cooking for and entertaining friends and guests.  They were able to get lots of practice while managing vacation rentals along with their own beach house in Fire Island, New York, and then a few years later, at their country house in Woodstock, New York.
[Read More…]

Mike grew up in sunny San Diego and Heather in Johnson City, Tennessee.  Shortly after high school, Mike went on tour in North America playing bass in a rock band where he met Heather, a fun-loving vivacious music industry executive.   As fate would have it, a long distance friendship developed and eventual romance formed.  After touring for a number of years, Mike went to San Diego State University, where he earned a degree in Kinesiology.   Afterward, he became a high school music and PE teacher and eventually moved to New York in 2005 to be with Heather.  In New York, Mike worked for a non-for-profit organization, developing physical fitness programs in inner city schools while Heather — cemented in the rock and roll business — continued with the art of making records.  Today, Heather’s ties to the music business are still close and her stories are sometimes more entertaining than the creative minds she represented.  Mike and Heather finally married in 2007, in Woodstock, New York.  Since then they have become avid scuba divers, who love the beach.  Their travels together have brought them to Belize, Barbados, Costa Rica, Hawaii, Portugal, Italy and Spain, to name a few.  They are thrilled to be a part of Carolina Beach and truly hope your time here will leave you with pleasant memories. 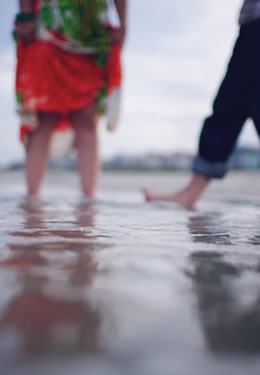 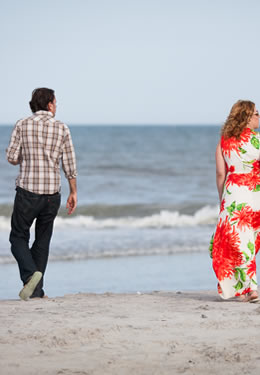