As we draw closer to Thanksgiving, we’d like to share some heartwarming holiday traditions started by other families. Here are a few inspirational ideas that will take you from Thanksgiving to Christmas to New Year’s (courtesy of Family Fun): 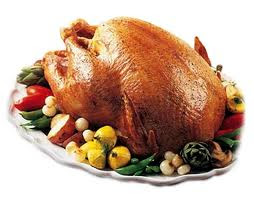 1. WHO’S GOT THE RUTABAGA?
The highlight of Christmas morning for the Dirmeyers of Maryville, Tennessee, is not opening presents or feasting on goodies. Instead, it’s finally learning the answer to the burning question “Who’s got the rutabaga?” The family’s root-vegetable ritual began when 16-year-old twins Joseph and Haley were 3. Mom Debbie teased that Santa just might leave a rutabaga in their stockings, and a tradition was born. “For the last 12 years, we’ve given a rutabaga to the person who has had a particularly wonderful year, overcome some adversity, or shown amazing perseverance,” she says. The year Steven, age 10, survived bladder surgery, he got the turnip trophy. And once-shy William, 13, received it for bravely joining a musical theater group. A photo album shows each year’s winner holding up the treasured veggie. “Squeals of joy can always be heard from the recipient as they exclaim, ‘I got the rutabaga!'” says Debbie. “What began as a joke has turned into a unique tradition that means a lot.”

2. EXAMPLES OF GRATITUDE
During Thanksgiving meals, the Kirby family of Northbrook, Illinois, had always talked about what they were grateful for. But a few years back, mom Gerri began noticing a trend. “Every year, I got the same responses: a roof over our heads, the food on the table, and our family,” she recalls. While these were certainly worthy blessings, Gerri wanted to inspire her three sons — then ages 10, 14, and 15 — to be more thoughtful and not just go through the motions. So she asked each family member to bring to the table three things that represented what they were thankful for. “Cell phones and iPods were first,” she recalls. “My eldest son brought a letter from a favorite high school teacher that meant a lot to him.” No matter what the item, the discussion it prompted allowed them all to learn what really mattered most to each family member.

3. TRIM THE TURKEY, THEN THE TREE
After the Rhoads family of Shippenville, Pennsylvania, finishes the last morsel of pumpkin pie on Thanksgiving, it’s time for the sweetest part of their day: making Christmas ornaments together. “I beg my mom to let me start making them as soon as I get up,” says Aidan, age 7. But it’s not until the feast is eaten and the dishes put away that he and his siblings — Katelyn, 11, and Clayton, 8 — sit down with mom Amanda for this special crafting session. Treasured creations range from simple (paper pine trees) to spectacular (ornate candle shapes made of beads). The tradition continues in December: as they put up their tree, they love talking about who made each ornament crafted in previous years.

4. LEAF IT TO YOUR LOVED ONES
For staying close with far-flung family — and keeping kids busy on Thanksgiving — we still love the classic FamilyFun idea of making leaf-rubbing cards, first suggested by mom Drew Kristofik in our November 1995 issue. The fun starts with a leaf-collecting hike (pick leaves straight off the trees; dry ones will crumble if the artist gets too enthusiastic). Rubbings are then created by slipping the leaves (vein side up) between the halves of a folded sheet of paper. Have your kids rub over the leaves with colored pencils to create the card’s cover. Remove the leaves and write greetings inside the cards. Mail these notes to wish friends and relatives a happy holiday from across the miles.

5. A SWEETER ST. NICK’S DAY
On December 6, St. Nick’s Day, the Harris family of Vancouver, Washington, carries on a tradition that’s been alive in mom Mindi’s family for more than 50 years. After nightfall (but before bedtime), dad Ethan leaves a special surprise at the front door, knocks, then dashes away. When their four daughters — Emma, age 7, Elsie, 5, Erin, 3, and Lexi, 1 — open the door, they find bags brimming with coloring books and games, plus plenty of baking supplies for their annual cookie-making session. “A few days later, on St. Lucia Day, we spend all day baking,” Mindi says. “The kids love making the goodies together.” This year, Ethan is stationed in Iraq, so Mindi will temporarily take over his bag-dropping duties. Family traditions like this are a comfort in his absence, because they remind the girls of their father, Mindi says.

6. SOME ASSEMBLY REQUIRED
Dividing the work doubles the fun for these two families. One day each December, the Harrisons of New Braunfels, Texas, set up a gift-wrapping assembly line. Each member of the family of four takes a task: choosing the gift and box, boxing the item, wrapping it, or writing the gift tag. While wrapping, they eat popcorn and watch movies. It’s great fun, and, says mom Sherry, “We get a daunting task accomplished in one sitting.” The Mongilio kids — Brian, age 14, and Jessica, 11 — have been part of the family’s annual Christmas card assembly line since Brian was 3. (“He’d put all the stamps on crooked, which was so cute,” recalls mom Janet.) The Parkersburg, West Virginia, family sends more than a hundred cards. “While we work, we love swapping stories about the people who will be receiving them,” Janet says.

7. SANTA FOR SOLDIERS
When Samantha Platkowski was a little girl, her parents would invite single soldiers who couldn’t go home for the holidays over to their house for Christmas dinner. Samantha’s mother even asked the soldiers for favorite family recipes, then made them from scratch so they could have a taste of home. Now that Samantha has a daughter of her own — Hannah, age 5 — the Green Bay, Wisconsin, mom honors that family tradition by sending care packages to the troops every Christmas. “I get soldiers’ addresses from auntnancyusa.com, then Hannah helps my husband and I shop for things like sunblock, batteries, and hand wipes a few weeks before Christmas,” says Samantha. The family has a great time loading up the care packages together, she says, and it’s a great chance to talk to Hannah about how much the troops sacrifice.

8. A WARM AND WOOLLY DISPLAY
The nativity scene set out each December in the Lancaster family’s Knoxville, Tennessee, home serves as a reminder not only of the holiday’s true meaning, but also to do good deeds, particularly during this special time of year. Mom Susan fills a small bowl with short bits of yarn and places it near the Nativity. Each time one of her three sons, ages 4, 10, and 13, does something kind, he gets to take a piece of yarn from the bowl and put it in the manger. On Christmas Eve, the family gathers around the scene, its manger now brimming with yarn, and each person tells stories about some of the good deeds he did. “We talk about how being kind is like giving a gift to God in gratitude for God’s gifts to us,” says Susan.

9. CHEERS FOR A GREAT YEAR
For these two families, looking back on the previous year is an ideal way to kick off the new one. f As the year comes to a close, the Haddads of Holt, Michigan, create a Year in Review list, recording the year’s activities from A to Z. Their three kids — ages 5, 7, and 15 — pitch in, and together they decide what event best represents a (astronaut costume), b (building our house) and so on. Throughout the year, the Eshnaurs of Siloam Springs, Arkansas, write down special events and “momentous moments” on pieces of colored paper to stick in a “memory jar” that sits in their kitchen. On New Year’s Eve, the family reads them aloud in chronological order, then saves them in an album. “Even though my sons are now 14, 18, and 20, they still love the family jar,” says mom Dawn. “It’s fun to go back and remember what you thought you’d never forget!”

10. THE HOLIDAY LIGHTS CONTEST
As the Welkers of Canby, Oregon, drove around town viewing holiday displays one year, Kendyl, then age 7, was so impressed by one house’s light setup that she suggested giving a prize to its owners. The idea stuck, and now, three years later, the annual tradition is going strong. Each year, the Welkers drive around searching for the house with the most beautiful display. When they reach a decision, they all jump out of the car and present the home owners with a prize of homemade treats that Kendyl, now 10, and her brother, Carson, 7, help make beforehand. “One family was so excited, they even invited us inside to meet their entire extended family!” mom Kelly says.